Home » Gratitude » Beneath a Large Tree

Beneath a Large Tree

Beneath a large tree in Arlington National Cemetery, I found this group of Unknowns. Soldiers who made the ultimate sacrifice, but are known only to God. Honoring men like these is what Memorial Day is about. 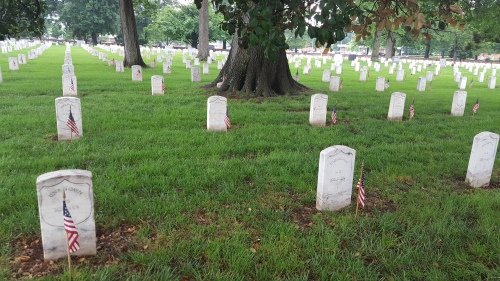 I walked a bit further and found more Unknowns. It just stunned me I guess. So many men that didn’t go home to their families. So many families who never knew what happened to their sons, brothers, and husbands. It’s truly heartwrenching. 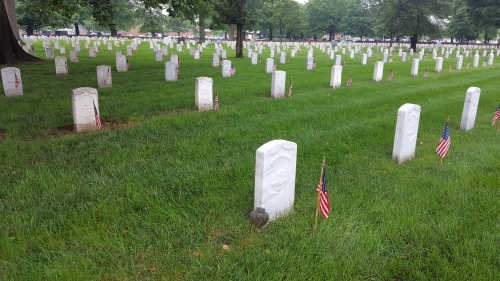 Then in pouring rain…I mean so hard that there were rivers in the streets…I see some wonderful people stopping to read every name and then placing a rose on every grave. They were in many sections as I walked through the cemetery.

It just touched my heart to know that every sacrifice would be acknowledged and grave a rose.

I also watched the changing of the guard at the Tomb of the Unknown. The honor. The respect. These days, it’s rare to see. Moving beyond words to see it given to those who died anonymously in service to their nation. Our nation.

Point to ponder while you wander…Memorial Day is about honoring those who gave their lives in service to our nation. Veteran’s Day is about honring and respecting those living who have served.

By Jillbeingstill in Gratitude on May 29, 2017.
← No Camouflage  Reading vs Skim Reading →