*There are 39 surviving self-portraits bainted by VanGogh.

*The lack of a model often inspired Vinny to paint a selfie.

*He used a mirror to help him paint his selfies.

The first is hanging in the Detroit Institute of Arts. It’s an oil on pasteboard, entitled, “Self-Portrait with Straw Hat, Summer 1887″ 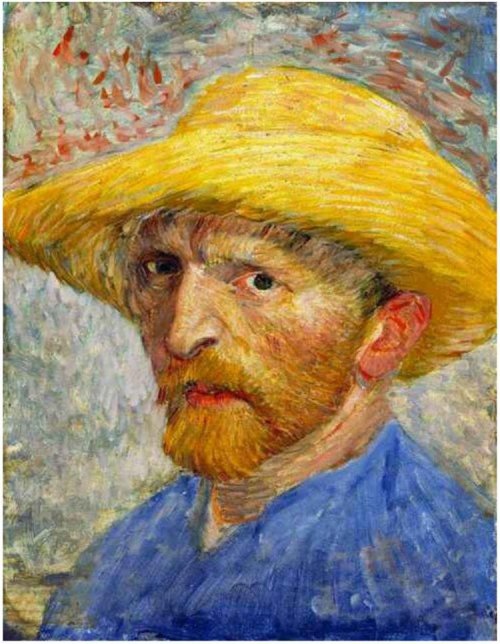 The second can be found in the National Gallery of Art in Washington D.C. This one is an oil on canvas entitled, “Self-Portrait, August 1889″. It is my favorite of Vinny’s selfies. 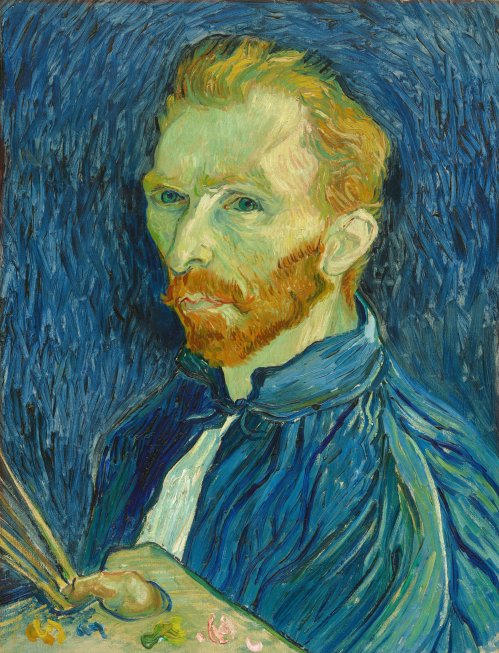 I love all the blues that make his eyes and ginger hair just pop! He seems confident in who he is, and what he is doing in this one. Maybe because 1889 was also the year he painted “Starry Night”, “Sunflowers”, and “Irises”. A very good year!

Bonus Selfie: There was one other self-portrait that is believed to have been destroyed during WWII. “Painter on his way to work: Vincent van Gogh on the road to Montmajour“. 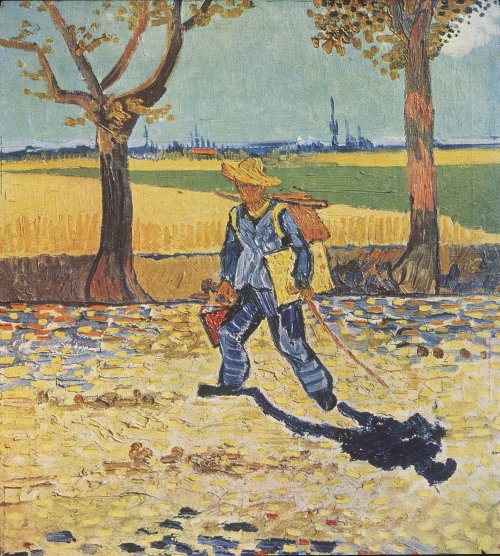